I was rummaging through my files and came across this outdated paper that I never published and thought I would place it HERE. This represents one my earliest attempts to create a what I now call the 2CaT (content, context and transfer) model which forms an important part of my Applied Game Design scope model. I have used this method since 2006 to good effect in the design and development of both entertainment and serious games.

Email ThisBlogThis!Share to TwitterShare to FacebookShare to Pinterest
Labels: Downloads


The Problem with Definitions | In the early days of game design, using the word ‘fun’ was enough to describe the goal of game design. As game design discourse matured, terminology such as experience, emotion, immersion, game-play, and flow have come to substitute the word 'fun'. Unfortunately they have become no better than game design buzzwords. To make it worst, no two game designers seem able to agree upon what these terms mean in relation to their design work. I do not want offer an alternative definition, but present a working model that maps out  the experience the player has when playing a game or the player's 'game-play-experience'. Ideally such a model could support a game designer's design of game mechanics and play mechanics to affect a player's game-play experience .

Game-play Experience | Game-play experience is the last model in my finite definition of game design. Included in my definition are game mechanics and play mechanics, which represent a means to an end [1]. The end being the creation of a game-play experience. However in my opinion it should represent  the starting point for a game's design. Game-play experience has been called a second hand design problem [2] and in the MDA model [3] is described as a game’s aesthetics. The model I present in this post is an attempt to summarize several related ideas about how games create experiences, how player abilities connect to gaming and how a game's play state is structured.

Experience | The game-play experience model begins with questioning how a person has an experience. Effects of gaming on players have been explained by cognitive mechanisms [4], semiotic approaches and compared to other forms of media [5]. Perspectives that typically suggest games are primarily mental activities. The perspective taken by my model is holistic and considers how a player's experiences are gathered through mind, body... and soul. This perspective is supported by ideas from cognitive psychology which shows experience is a "cued stimulation of central mental and bodily functions."[5] Meaning that games (board, card, video, sport, etc.) always create experiences by triggering both physical and mental reactions, even if these reactions vary in intensity.

Gaming Ability | The next aspect of the game-play experience understand the game aspect from the perspective of the player. Gaming (or game structured activities) cannot take place without the player having some of the basic faculties (i.e. your five senses, cognitive and motor abilities). Gaming triggers the use of a player's basic faculties and challenges [6] them to improve these faculties. The game-play experience model claims that games not only require the use of our your faculties to play them, but gaming is an activity directly aimed at triggering their use, challenging them and ultimately encouraging their improvement.

From the perspective of a game designer this opens the possibility to design game mechanics directly related to the player's faculties. Our faculties can be roughly categorized as physical and mental. Our physical faculties include our five senses, coordination, strength, and endurance. Our mental faculties include memory, association, concept formation, pattern recognition, language, attention, perception, action, problem solving and mental imagery.

There are several game archetypes which form the basis of all games. These archetypes are competition, skill, role-playing, chance, sensation, expression, discovery, social, and puzzling. The archetypes are important to game-play experience because of the way they activate the player's need to use different faculties. 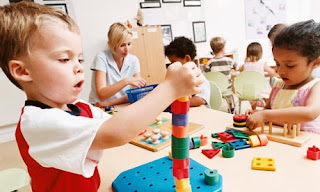 The Play State | Another aspect of the game-play experience model is to understand the play state. Game design literature typically barrows the concept of flow [7] which narrows it down to a balance between boredom and frustration. From a game designer's perspective this should be obvious. The game-play experience model instead recognizes several states of play which can fluctuate accordingly to the game.  During game-play a player should encounter the six states [8] of play at various times in order to maintain a playful attitude during the game. If one of the seven states is missing or difficult to obtain, then play is likely to become boring or frustrating. The six states include anticipation, learning, understanding, empowerment, surprise, composure, and mastery.

Gaming requires the player to use a combination senses, cognitive and motor abilities. Games create activities directly aimed at triggering these faculties, then challenge them and ultimately encouraging their improvement. You can well imagine that impairment of any of these faculties ultimately result in frustration and a negative game-play experience. For example, a visually impaired player would become frustrated when playing any game that requires vision to progress through the game. The different game archetypes can offer the game designer a way at triggering the different faculties. However I believe that well design game mechanics and play mechanics can help tailor make games for applied purposes.

Play is a state of fluctuating experiences and not a single state, or simply a state of flow between boredom and frustration. Games typically do a good job of keeping players a play state. In theory, games that offer the proper balance of play states should keep the player playing. For example, when we first start playing a game we typically feel a certain amount of anticipation. As we begin, we enter a state of learning, which eventually leads to understanding. And we feel surprised when we accomplish something in the game that we did no think was possible was challenging and as surprise happens more often we feel empowered. Finally, as we continue to play we learn more and more composure and eventually this leads to mastery.

[7] Creativity: Flow and the Psychology of Discovery and Invention
Mihaly Csikszentmihalyi

[8] Play: How it Shapes the Brain, Opens the Imagination, and Invigorates the Soul
Stuart Brown M.D.